Emigrate to Australia where the tour will support the singer’s new record In the Now which is out this month. 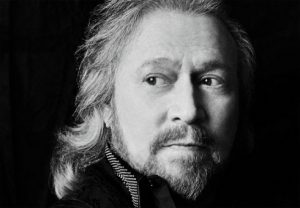 Emigrate to Australia where, four years after his 2013 Mythology Tour, Barry Gibb will start his world tour in his home state of Queensland with a show at the Brisbane Entertainment Centre on April 5.

He’ll then perform at the Hope Estate winery in the Hunter Valley then move to bigger arena shows in Adelaide, Perth, Melbourne and Sydney.

Barry’s ‘In The Now’ Tour will feature a string of Bee Gees hits like ‘Jive Talking’ along with material from his new studio album ‘In The Now’.

The new album is Gibbs’ second solo release of his career and his first album of all new material since the Bee Gees’ final studio album in 2001.

Tickets for the Down Under tour dates will go on sale on October 17.

Barry Gibb is one of the world’s most prolific artists. Along with his brothers he’s sold over 220 million records worldwide.

As eldest brother and creative heart of the Bee Gees, Barry, along with brothers Maurice and Robin became on part of the most successful vocal groups in history. The trio scored hundreds of hits for themselves and many other artists.

Want to Emigrate to Australia to live and work? Click here for expert help: Skilled Migration to Australia