Eighties stars to appear in Perth • Are you thinking Australia? | thinkingaustralia |

Eighties stars to appear in Perth 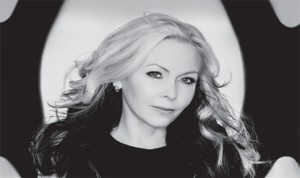 A string of 1980’s chart stars are set to perform in Perth, Australia, later this year.

Pop stars including Berlin, Martika, Katrina Leskanich and Limahl will appear at the Astor Theatre in Perth on July 22 as part of a variety show of stars who scored hits during the 1980’s.

Martika was 19 years old when she scored a hit in 1988 with Toy Soldiers and then followed up with a chart-topping cover of Carole King’s I Feel the Earth Move. Martika then scored a chart-topping hit in Australia in 1991 – her single Love … Thy Will Be Done was penned by Prince.

Singer Terri Nunn (pictured) shot to fame with her band Berlin when they scored a No 1 hit with Take My Breath Away, the theme tune to hit move Top Gun.

Limahl also featured in a movie with his song Never Ending Story, a hit from the film of the same name. The singer first found fame as frontman with Kajagoogoo, who scored a hit with Too Shy.

Katrina Leskanich, singer with Katrina and The Waves, last toured Australia in 2007 as part of the Countdown Spectacular. The Waves scored a worldwide hit with Walking on Sunshine, then re-united to win the 1997 Eurovision Song Contest with Love Shine a Light.

The Totally 80s line-up is completed by Paul Lekakis, singer of 1987 Italo-disco classic Boom Boom (Let’s Go Back to My Room), Canada’s Men Without Hats of Safety Dance fame and singer Stacey Q (Two of Hearts, We Connect).

The show will also feature Australian groups including Wa Wa Nee (Sugar Free, I Could Make You Love Me) and Real Life (Send Me and Angel).