Depp’s doggies must ‘get along…’ • Are you thinking Australia? | thinkingaustralia |

Depp’s doggies must ‘get along…’ 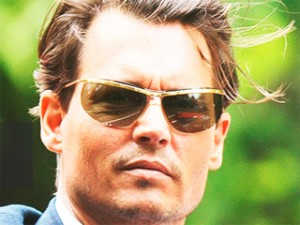 Johnny Depp has been told to remove his two pet dogs from Australia.

The Hollywood star has until Saturday to get his pet dogs out of the country or they will be put down. Australian officials say the actor, currently staying at the Gold Coast, violated Australia’s strict biosecurity laws by bringing them in on a private flight and without the proper documentation.

Depp, who is in Australia making a new Pirates of the Caribbean movie, has been told he must get his pets, Yorkshire terriers named Pistol and Boo, out of the country.

Australia’s Minister of Agriculture, Barnaby Joyce, said Depp had, “decided to bring two dogs to our nation, despite not getting the proper certification and the proper permits required. Basically it looked like he snuck them in.”

Department of Agriculture animal import laws require dogs spend at least 10 days in a government quarantine facility once arriving in the country. The strict laws are to prevent the spread of non-native diseases such as rabies, ehrlichia, leishmania, leptospirosis and internal and external parasites.