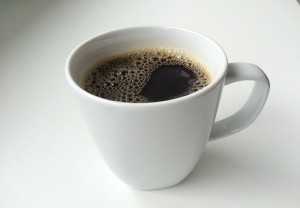 Now eight years later he has been named Australia’s Best Barista at the 2016 ASCA Australian Barista Championship. He was one of six staff from ONA Coffee competing at the Melbourne International Coffee Expo.

To become best barista the 25 yr-old began preparing for the competition six months beforehand and trained 6 hours per day.

He’s not the only Barista Champion to come from Canberra. Fellow champion Sasa Sestic was named best barista in the world at the 2015 international championships in Seattle. Since then his business has grown and he now employs 75 people in Canberra and across the Australian Capital Territory.

Canberra, Australia’s capital city has a long-established café and restaurant culture. Residents spend almost double the national average per head on food and beverages, according to the Restaurant & Catering Industry Association.

Hugh Kelly is now preparing for the 2016 World Barista Championship to be held in Dublin in June and is hoping to deliver another Australian win.

Click here for help on travel visas: Visit Down Under

Click here for tourist information about Australia:  Visit Down Under