Australia gets African Rhinos • Are you thinking Australia? | thinkingaustralia |

Almost 6,000 African rhinos have been killed for their horns since 2008 despite many efforts to stop the illegal activity. 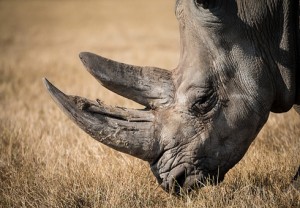 African rhinos will now be transported to Australia to live in safari parks across the country.

African rhinos are so endangered scientists say it is no longer safe to keep the animals in Africa. Now the Australian Rhino Project is to import endangered 80 rhinos from South Africa.

In July 2016 the first six rhinos will arrive at Taronga Western Plans Zoo where they will undergo two months of quarantine. The animals will then get moved to Monarto Zoo’s safari park in Adelaide, South Australia.

Over the next four years, the project team hopes to relocate a total of 80 rhinos.

“There is no safe place in Africa for rhinos today. They’ve become extinct pretty much from the top down to South Africa where probably 85 to 90 percent of the white and black southern rhinos that are left in the world,” says the Australian Rhino Project.

There’s a big market for rhino horn in China and Vietnam, countries where the horn is considered a medicine that can cure ailments from cancer to common colds. Demand is so high that a single horn can be worth $500,000.

The Australian Rhino Project hopes to save the animals by moving them far away so poachers cannot get to them.

Click here for help on travel visas: Travel to Australia