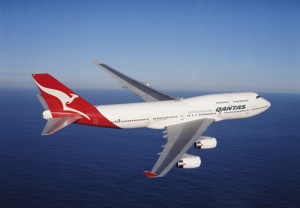 Sydney and Melbourne airports were ranked ‘Poor’ for many of the same facilities and services. But officials say many improvements have and are being made to bring both airports up to ‘Excellent’ standard.

Brisbane Airport was found to have the highest quality of service of the four monitored airports according to the Australian Competition and Consumer Commission.

Both Brisbane and Perth were found to provide ‘good’ quality of service while Melbourne and Sydney airports were rated as ‘satisfactory’.

Service quality will of service improve in future thanks to new investment. Melbourne Airport is spending $484 million on building a new passenger terminal. Brisbane ($334 million) and Perth ($250 million) are also investing in record levels of aeronautical assets

Save 60% on airport parking

Aside from the cost of a plane ticket, the biggest cost of travelling is often parking at the airport. Some operators make up to 73 cents profit on every dollar spent on airport parking.

Travellers can save a lot of money if they book car parking online, especially if planning a long-term journey.

The ACCC report found that consumers parking at airports could save up to 66.5 per cent for longer durations by booking online.

Passenger traffic at Melbourne airport increased by 3.6 per cent in 2015 to 32.2 million. It was the largest rise of all of the four major airports. Sydney Airport remains Australia’s busiest airport, used by around 38 million passengers every year.