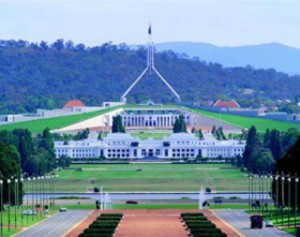 Canberra – the Australian capital – has a major shortage of workers and seeks thousands of skilled migrants to fill jobs vacancies.

The Canberra Business Council has declared that the situation has almost reached crisis point, with up to half of the job opportunities in the region going unfilled. A new report on skills shortage by the Federal Department of Education, Employment and Workplace has found the ACT (Australian Capital Territory) has the tightest job market in Australia, with just 54 per cent of all vacancies being filled.

According to the report, the region’s employers say that just 1.2 applicants were suitable for every job advertised last year – this figure is down from 1.3 in 2009 and compares unfavourably with the national figure of 1.6 suitable applicants per job.

Canberra Business Council CEO Chris Faulks says that business expansion in the region is being affected by this lack of skilled workers. “We have a number of our brightest companies looking seriously at relocating at least part of their business to places like south-east Queensland, where the unemployment rate is higher and the salaries that are paid to do the same job are lower” Ms Faulks says more needs to be done to attract people to live and work in the capital. “We have to attract people here to come and work. We’ve got the capacity to skill them up. Once they get here, we’ve got fantastic education and research institutions but we just haven’t got enough people.”

Darrel Todd, CEO of thinkingaustralia, says: “Everybody that lives in Canberra knows it is the best kept secret in Australia.  But the city must to more to attract new workers and migrants and must compete against cities like Sydney and Melbourne”.

If you are seeking a new job and better lifestyle Down Under, contact us today to find out about jobs and migration and how YOU could be starting a new life in Australia. Contact us via our website or Tel: 0845 850 4040 for a FREE assessment