Canberra is booming • Are you thinking Australia? | thinkingaustralia | 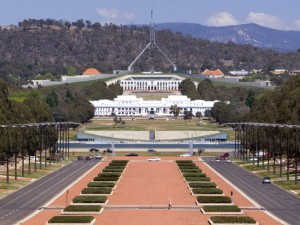 The Australian Capital Territory, including Canberra, has the fastest annual economic growth rate in Australia.

The ACT economy has retained sixth position on economic performance for the June quarter against the decade average. The territory ranks third on economic growth and housing finance but is ranked seventh on three indicators. Economic activity is up 16.5 per cent, for the quarter.

“The ACT now has the fastest annual economic growth rate in the nation, up by 4 per cent on a year ago, ahead of Victoria with 3.9 per cent and NSW, 1.4 per cent,” the CommSec Research report says.