Australia plays host to Hollywood • Are you thinking Australia? | thinkingaustralia | 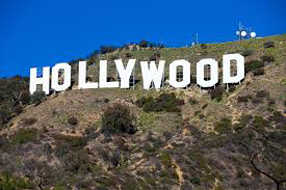 Australia will be the setting for two Hollywood blockbuster movies that are due to be filmed down under.

Director Ridley Scott will film the next installment in the Alien movie series in Australia and Marvel’s next Thor film, Ragnarok – starring Australian actor Chris Hemsworth – will also be filmed in Australia.

Ridley Scott announced he will make his ‘Prometheus’ sequel in Australia when he appeared by video link during a press conference in Canberra.

News of the new Hollywood productions follows a recent ‘trade mission’ to Los Angeles by Australian government officials who offered attractive financial terms to lure the movie-makers down under. Ridley Scott’s Alien film is being made for 20th Century Fox while the Walt Disney Company is making the new Thor movie.

The federal government, who offered a $47m ‘sweetener’ to secure the productions, say the movies will return more than $300m in offshore investment, create 3,000 new local jobs and benefit thousands of Australian businesses.