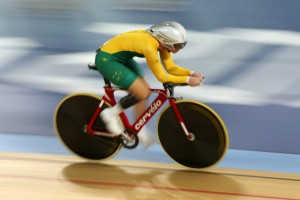 Canberra is the home of the world’s most successful paracyclist.

Sue Powell, who is based in the city, won gold and silver medals at the London Olympics three years ago. After a string of cycle race victories since then, Powell this week won a silver medal at the C4 women’s road race in Switzerland, four minutes behind winner Shawn Morelli from the USA.

Powell also won gold and silver at the world track champs in Holland in March. She is now preparing for the 2016 Paralympics in Rio de Janeiro, where she will be looking to defend the gold and silver medal prizes she won at the London Olympics