Brisbane the gateway to Queensland • Are you thinking Australia? | thinkingaustralia |

Brisbane the gateway to Queensland 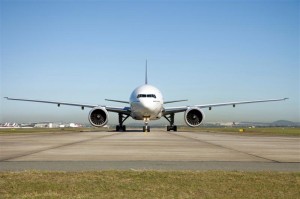 Visitors to Queensland will now get one of the finest welcomes in the country thanks to the new International Terminal at Brisbane airport.

The new $45 million airport redevelopment is described as ‘one of the most beautiful in the world’ with its’ stunning design. “This project has been a labour of love for everyone who has worked on it over the last few years, helping to create a truly unique gateway to Queensland,” said Julieanne Alroe, CEO of Brisbane Airport Corporation.

The airport has sought to break the usual ‘airport mould’ and create a distinct space that set Brisbane Airport apart from all others and it has been recognised with the Queensland Property Council Award for Excellence in Design.

The new terminal includes a new themed Departures lounge, new walk through Duty Free stores for both Departures and Arrivals; new specialty retail and food and drink outlets offering the best of local produce and products; improved signage for passengers and unrivalled views of aviation activity on the tarmac.

Additional improvements to the International Terminal include construction of three new airline lounges and a day spa due for completion in early 2016.