Space industry in Canberra • Are you thinking Australia? | thinkingaustralia | 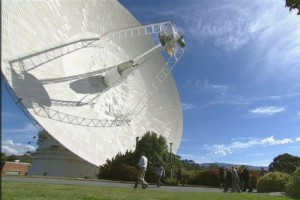 Canberra is aiming to become the centre of the national space industry in Australia.

Hundreds of new jobs are to be created in aeronautical research and development and in the wider knowledge economy via an industry cluster with Mount Stromlo’s Space Research and Innovation Hub at its core.

The move is aimed at grabbing a share of the $314 billion global space industry. “Becoming a hub of will allow Canberra to continue attracting and retaining researchers to our city – playing to our strengths and creating more jobs,” said Andrew Barr, Chief Minister of the Australian Capital Territory.

Canberra is already a recognised knowledge capital, with one in every nine Canberrans either working or studying at one of the city’s tertiary education institutions. And the city is home to significant space infrastructure. It has the Canberra Deep Space Communication Complex, which runs one of three stations in NASA’s Deep Space Network – a network of antennas that communicate with deep spacecraft and mission teams on earth.

Canberra also has the Advanced Instrumentation and Technology Centre (AITC), where the next generation of high-tech space-based instruments and small satellites are developed and tested and the EOS Laser Ranging Facility, which is used to track space debris for the Space Environment Research Centre.

The Australian National University Research School of Astronomy and Astrophysics is a leader in technical research and collaboration and leads Australia’s input into the international consortium developing the Giant Magellan Telescope.

“ANU is home to some of the world’s best space research facilities and instruments and has recently been involved in testing the next generation in satellite technology. The ANU Research School of Astronomy and Astrophysics looks forward to working with the ACT government to further develop Australia’s space industry,” said Ian Young, Vice-Chancellor of the Australian National University.