Brisbane property is now more affordable as the price of some apartments in the inner city has fallen by up to $45,000 in the past three years. 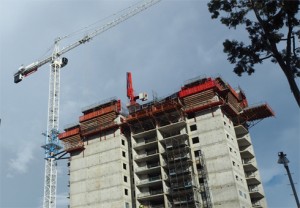 The recent Brisbane property boom has faded with many of new apartments now worth less than owners and investors paid for them.

One building alone in the Brisbane Central Business District has more than a dozen owners trying to sell apartments at prices well below what they originally paid for them.

In the last three months of 2015 15.6 per cent of apartments were sold at a loss compared to 5.3 per cent of houses, a recent survey shows.

Across Australia’s capital cities rental rates have fallen by 0.2 per cent in the past 12 months. The Brisbane property market has seen rental rates fall by over three times more, by 0.7 per cent, according to CoreLogic RP Data.

The problem for owners will not go away any time soon as around 10,000 new apartments are set to come onto the Brisbane property market in the next two years.

A slowdown in population growth is adding to the problem, with fewer people arriving in the city to occupy the newly-built properties.

Brisbane’s population is increasing at its slowest rate for over a decade.

In comparison, the population in the rest of Queensland grew by 1.0 per cent and is the fastest growth rate of all rest of state regions.

Queensland has a higher proportion (40 per cent) of its population growth occurring outside of its capital city.

Five of the top ten largest-growing areas in Queensland are outside of Greater Brisbane.

These included Upper Coomera – Willow Vale on the Gold Coast, which had the largest growth (up 1,500 people) of any area outside of Australia’s capital cities, Deeragun (1,300) in northern Queensland and Pimpama (1,000) also on the Gold Coast.