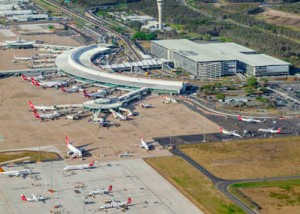 Brisbane was voted ‘Capital City Airport of the Year’ for the second year running. It also won the Australian Institute of Project Managers Defence/Aerospace Project Management Category award for its handling of world leaders through Brisbane Airport during the G20 Summit.

The awards are presented by the Australian Airports Association to recognise excellence within Australia’s airport industry which includes over 260 airports and aerodromes across the country,

Another airport to win top honours is Darwin International Airport.

It won an Airport Innovation and Excellence Award at the annual National Airport Industry Awards. Darwin won the Commercial category for its expanded terminal which was opened earlier this year.