18,000 jobs for Queensland new town • Are you thinking Australia? | thinkingaustralia |

Get our help FREE advice or find service providers with our ozdirectory
Home > News > All News > Jobs > 18,000 jobs for Queensland new town 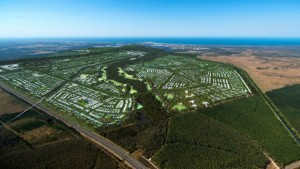 More than 18,000 new jobs will be created in Queensland, Australia, with the construction of a huge new town suburb on the Sunshine Coast.

Work on the new development, called Caloundra South, will start this week in the first phase of a planned new suburb that will see 20,000 new homes constructed over the next 30 years. The new town suburb will eventually be home to over 50,000 residents.

The project – Australia’s largest centrally-planned new community – has taken 11 years to come to fruition and is desperately needed in order to meet the demands of a rising population. South East Queensland must find homes and jobs for an extra 2.2 million people over the next three decades.

The new community – being constructed on 2360 hectares of coastal land to the south of Caloundra – aims to provide ‘affordable’ homes on the Sunshine Coast.

Darrell Todd of thinkingaustralia says: “This is one of the largest new town construction projects ever seen in Australia. The project will provide thousands of new jobs both during and after construction.

“For anyone seeking to live and work in Australia, this new town suburb in Queensland is a golden opportunity to turn a migration dream into reality.”