Uncertainty may drive British currency lower but predictions of rates dropping 15-20% have been wide of the mark. 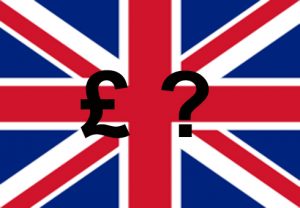 British currency suffered falls but UK Chancellor George Osborne and Bank of England governor Mark Carney have been quick to calm the markets.

Governor Carney has confirmed that UK banks have been stress tested against this type of scenario and the Bank of England is ready to offer any assistance required including £250bn of extra liquidity to the banking system if necessary.

Sterling is not the only currency that has been affected by the referendum’s outcome, EUR/USD dropping significantly from 1.14 to 1.10, with safe haven assets such as gold rocketing by 22%.

Currency specialists www.fcexchange.com produced the guidance below that suggests that forward predictions about exchange rates will be tough to predict as the financial markets, like the politicians, are in uncharted waters. What we do know is that the markets don’t tend to react well to uncertainty and we still have some specific and also potential risk events ahead.

What next for British currency?

To start with we will see a battle between the Conservatives for a new leader with the winner taking the hot seat and becoming the new Prime Minister. We may also see the Labour party follow suit with question marks over Jeremy Corbyn’s ability to lead the party forward and some key resignations within the shadow cabinet.

The SNP are now looking to commence a second independence referendum in Scotland, having warned against removing Scotland “against its will” from the European Union. First Minister Nicola Sturgeon has confirmed that the issue is now “back on the table” with her predecessor Alex Salmond stating that a second vote could take place within the next two and a half years, depending on how long it takes the UK to leave.

Leading us to the question of when we start the legal process of withdrawing from the EU – detailed in Article 50 of the 2009 Lisbon Treaty. The process itself is likely to be a long and hard road, which may take years to finalise as the UK negotiates with the remaining 27 members. EU leaders are concerned with the prospect of “contagion”, with the UK’s decision already increasing demands from populist, anti-EU parties in France and the Netherlands for referendums of their own.

It is still too early to say just how big the impact of leaving will be and how much it will hurt British currency in the long term.

With the UK importing far more than it exports we rely on a strong exchange rate to ensure that the cost of purchased goods from abroad remains relatively low. If inflation rises, then usually the Bank of England will combat it by raising interest rates. However, may not be an option as the Bank of England have already stated that they could look to cut interest rates to keep money moving freely resulting in the Bank being stuck between a rock and a hard place as the economy and inflation take different paths.

British expats, people looking to move overseas or those contemplating purchasing property, essentially anyone concerned about how Brexit decision will affect British currency or their future international money transactions should contact www.fcexchange.com to discuss possible solutions.