Black Sabbath to tour Australia • Are you thinking Australia? | thinkingaustralia | 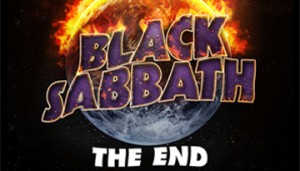 Rock legends Black Sabbath are to perform concerts in Australia in 2016 as part of their ‘final’ farewell world tour.

The group, one of the originators of ‘Heavy Metal’ rock music have earned a worldwide following of millions of fans since releasing their debut album in 1971. The band fell apart in the 1980s when singer Ozzy Osbourne was fired but have re-united on many occasions since, with a variety of replacement frontmen.

Ozzy, speaking to reporters in Brazil, said: “The plan is that next year we’ll do the final Black Sabbath tour and then it’s over. The Sabbath thing is folding up after the next tour, but I will continue my solo career.”

The original members of the group, including drummer Bill Ward, re-united for their 2013 album ‘13’ which topped charts in UK and the US. “It took Sabbath 45 years to get our first number one album. And I was amazed at Tony considering that he was fighting cancer during the making of the album,” said Ozzy.

The farewell tour, called The End, and featuring original band members Ozzy Osbourne, Tony Iommi and Geezer Butler, begins in the US on January 20, 2016 and the group promises it will surpass all previous tours with a spectacular stage production.

The group say they will definitely perform in Australia but final dates have not yet been announced.