Changes to Australian driving rules affect how motorists in Western Australia use the state’s freeways. 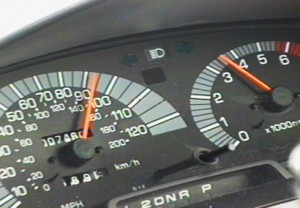 Road-users in Perth and across W.A. will soon follow the same Australian driving rules as most other states.

The changes to Australian driving rules involve the practice of ‘merging’ into oncoming traffic when entering a freeway.

Previously, the car in front had right of way and drivers were expected to merge into the traffic flow ‘like a zip.’

State Transport Minister Dean Nalder admits that drivers in West Australia do not have a great reputation when it comes to merging. He told reporters: “By adopting smarter transport options we can improve merging, reduce congestion and enhance safety.”

The state government is now spending $8.5 million on new on-ramp configurations at over 70 locations on freeways and highways aimed at keeping traffic moving.

The new road-markings were first rolled out on main roads in Perth at the start of the year. The whole project will be completed over the next two weeks.

The changes to Australian driving rules in W.A. follow a trial on the Kwinana Freeway in Perth which produced positive results with fewer incidents at freeway merge points.