Overseas visitors on Australia Working Holiday visas contribute billions to the country’s economy. But the new tax will prevent many from working and stop others from visiting down under, critics say. 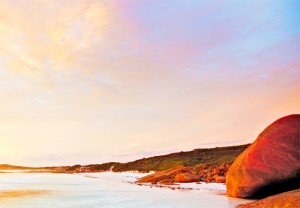 Australia Working Holiday visa-holders are vital in two of the country’s most important growth industries – agriculture and tourism. Now Ministers have told the government to ‘think again’.

Australia Working Holiday visa-holders look likely to get a reprieve from the new tax. Government Minister Richard Colbeck says: “Concerns have been raised about the impact of the (new) tax arrangements for Working Holiday Makers, particularly our global competitiveness as a backpacker destination.

“We have therefore decided that the proposed tax arrangements require further discussions to ensure Australia does not lose market share in backpacker visitation. The key issue is to ensure we have a balanced and equitable approach to the tax status for workers in Australia on visas.

“I will be guiding this work through a whole of government process in close consultation with the Agriculture, Employment, Immigration, Regional Development, Industry, Treasury and PM&C portfolios to prepare a revenue neutral proposal.

“Once this process is complete the proposal will be presented to the Treasurer for consideration by Cabinet.”

A further 40,000 Australia Working Holiday Makers annually contribute to the prosperity of the agricultural sector, including the horticulture, abattoir and general agriculture sectors.

International visitor numbers increased eight per cent to 6.9 million in 2015 and nights were up 11 per cent to 248.1 million, the highest on record.

Overseas visitors are spending more and staying longer. 2015 saw the highest-ever growth in international visitor expenditure with an 18 per cent increase to a record high of $36.6 billion – a rise of $5.5bn in just one year.

Click here for info on travel visas: Travel Down Under