Australia top three for investment • Are you thinking Australia? | thinkingaustralia | 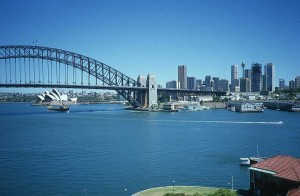 The cities of Melbourne and Sydney in Australia are among the top three destinations for property investors.

Melbourne and Sydney are ranked second and third as favoured markets in 2016 by global property investors, according to Colliers International 2016 Global Investor Outlook.

London retains the number one spot as the city of first choice for the 600 leading investors – including private equity, property companies, REITS, funds, institutions and sovereign wealth funds.

New York is fourth most-favoured city for investors, according to the survey which measures the sentiment and preferences of investors with total assets of around $1.5 trillion.

Property investment in Australia in 2015 is forecast to reach record levels. The majority of investors are Australian citizens and companies. But around 30% of total investment currently comes from offshore with China now the largest offshore investor in Australian commercial property.

Darrell Todd of thinkingaustralia says: “Sydney is now a major global city and this is reflected in it’s attractiveness to investors. Melbourne is close behind as a preferred investment destination, with both cities seen as gateways to the growing markets in Asia.”