Australia tennis star bows out • Are you thinking Australia? | thinkingaustralia | 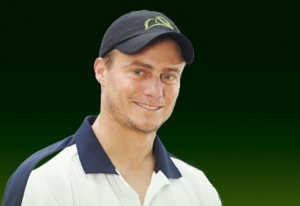 Australia tennis legend Lleyton Hewitt marked the end of his singles career with a spirited performance at the Australian Open.

Hewitt, a former world number one player, gave 100% in his match against David Ferrer in the second round of the competition but was eventually beaten in three sets by the Spaniard.

Lleyton Hewitt has been one of Australia’s best-loved and most successful tennis players.

“My whole career I’ve given 100%. Playing for Australia has always been my biggest honour,” Hewitt told reporters. “It’s the perfect place to finish.”