Perth is cheapest for salad • Are you thinking Australia? | thinkingaustralia |

Perth is cheapest for salad 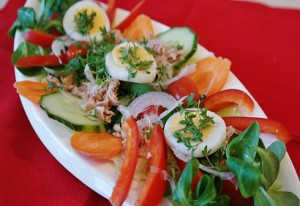 The cost of lettuce and tomatoes in Perth is the cheapest in Australia and the average price of petrol in the city is the lowest in the country.

Which is good news if you eat salad while driving, but across a range of other everyday goods Perth is the most expensive city in Australia and it ranks near Tokyo, New York and Paris when it comes to overall prices.

In a survey of over 500 major cities worldwide, Perth is the sixth most expensive for a domestic beer and the 21st most-expensive for dining in a restaurant.

With an average price of $25, a restaurant meal in Perth is $9 higher than the average for the same meal in Sydney. Perth also ranks highly for the average cost of a cappuccino – the second most expensive coffee in the region.

Residents of Perth also pay a high price for bananas and the city is among the top 30 most-expensive places in the world to buy the fruit.

The survey by Numbeo, which compares the cost of a range of goods from fruit to cars from more than 500 global cities, also highlights the high cost of public transport, shoes, chain-store dresses and property in Perth.