Australia set for heatwave • Are you thinking Australia? | thinkingaustralia | 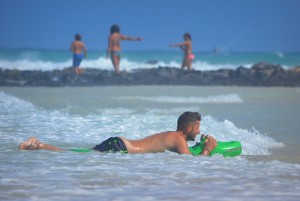 Temperatures in Australia are set to soar with a heatwave due in most states across the country.

A high pressure system is moving east across the country from Western Australia and will generate high temperatures in all states except Tasmania, say the Bureau of Meteorology.

Heatwave conditions are forecast across the interior of Western Australia, South Australia into south-western NSW and northern Victoria, and will become severe in SA and WA.

Queensland and north east NSW will also witness a heatwave. Darwin is expected to see temperatures of around 35 degrees C until Sunday. In Sydney temperatures are due to peak at 38C on Friday.

In Adelaide the mercury is set to reach 34C on Tuesday, 38C on Wednesday and 35C on Thursday. South Australia is on track for its hottest spell since summer and hottest November in six years.