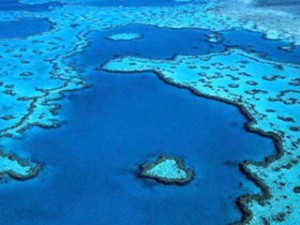 The Great Barrier Reef in Australia is ‘safe’ for now, but the government has 18 months to prove its rescue plans are working.

Unesco’s world heritage committee this week decided that the reef should stay off the in-danger list, but Australia must report the results of its recovery plans by December 2016.

The Great Barrier Reef is the world’s largest living structure, about the size of Italy, and supports more than 1,600 species of fish. It has lost 50% of its living coral in the past 30 years.

Dumping of dredged sediment within the reef’s world heritage area and the expansion of commercial ports in Queensland and along Australia’s eastern coast has been blamed for accelerating the problem.

Scientists warn that the reef is in poor and worsening condition with climate change the main threat. Pollution flowing from land, tropical cyclones and a plague of coral-eating starfish are also degrading the reef. The federal government has set aside $140m to improve water quality and within ten years aims to cut the amount of nitrogen flowing onto coral by 80%.