Apartments and rents in Australia • Are you thinking Australia? | thinkingaustralia |

Apartments and rents in Australia 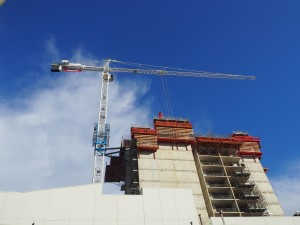 Australia has recorded the fastest pace of growth in apartment construction in ten years.

Apartment building activity increased up 9.2 points to 72.4 in the three months up to October, while house building contracted for the first time in five months, falling from September’s 11-month high (down 9.8 points to 47.0), according to the Housing Industry Association.

Their report says construction new orders are (up 1.1 points to 53.5) and employment (up 2.3 points to 54.9) both expanded for a third month in October.

The Ai Group/HIA Australian Performance of Construction Index found house building activity weakened in October, and fell into the negative for the first time in five months.

The cost of renting a unit is rising fastest in NSW’s mid-north coast, the Victorian suburb of Wimmera, Queensland’s south west, outer Adelaide in South Australia and the Tasmanian suburb of Mersey-Lyell

In the Tasmanian suburb of Mersey-Lyell rents have increased by 4.5% to $230/w, according to CoreLogic RP Data.