Air Canada flights to Brisbane • Are you thinking Australia? | thinkingaustralia | 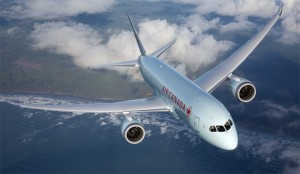 Air Canada is to increase its new non-stop flights from Vancouver to Brisbane, Australia to daily from three times weekly beginning in June 2016.

“Customer response to our announcement of the only non-stop flights between Canada and Brisbane has been very positive, and we thank federal Transport Minister Marc Garneau for the revised bilateral agreement which enables us to increase our presence in this important Asia-Pacific market. As a result, Air Canada will boost its new Vancouver-Brisbane service to daily flights,” said Benjamin Smith, President, Passenger Airlines at Air Canada.

“This expanded service also underscores Vancouver International Airport’s importance and attractiveness. The seamless connections made possible for visitors by its in-transit pre-clearance facilities, combined with our extensive domestic and U.S. network radiating from Vancouver, position Vancouver to be the preferred gateway hub for trans-Pacific travel to and from North America.”

Flights are timed to optimize connectivity to and from Air Canada’s extensive North American network through the airline’s Vancouver hub, while also offering in Brisbane, excellent connectivity across Australia.

Air Canada is Canada’s largest domestic and international airline serving more than 200 airports on six continents. Canada’s flag carrier is among the 20 largest airlines in the world and in 2014 served more than 38 million customers. Air Canada provides scheduled passenger service directly to 63 airports in Canada, 52 in the United States and 86 in Europe, the Middle East, Africa, Asia, Australia, the Caribbean, Mexico, Central America and South America.