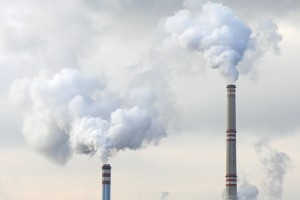 Speaking at a press conference, the Prime Minister said: “As you know, the focus of this Government is always on growth and jobs, jobs and growth – that’s been our focus all along and I’m very pleased that, over the period since the election, our economy has created more than 330,000 jobs which means that we are on track to achieve our targets of a million jobs within five years and two million jobs within a decade.

“Also I’m delighted that, thanks to our Government’s plan, our economy is growing at amongst the fastest rates in the developed world. Obviously, it is very important that everything we do is done with this in mind: how do we promote jobs and growth, how do we promote growth and jobs, and climate change policy is no different. We have got to be environmentally responsible but we have got to be economically responsible too.

“As a Government that our 2030 emissions reduction target will be in the range of 26 to 28 per cent. There is a definite commitment to 26 per cent but we believe under the policies that we have got, with the circumstances that we think will apply, that we can go to 28 per cent. This is fairly and squarely in the middle of comparable economies. It is not quite as high as the Europeans at 34 per cent on 2005. It is better than the Japanese at 25 per cent. It is vastly better than the Koreans at 4 per cent. It’s immeasurably better than the Chinese who will actually increase their emissions by 150 per cent between now and 2030. So, this is a good, solid result. It’s a good, solid, economically responsible, environmentally responsible target.”