87% rise in Brisbane apartments • Are you thinking Australia? | thinkingaustralia | 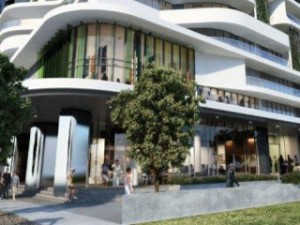 More than $1 billion worth of new apartments are set to be built in Brisbane following a record number of recent land sales.

The sale of sites for new developments will see around 5,300 new apartments planned for construction in the city, a 300% rise compared to the average over the past decade.

The value of these development site sales across Brisbane rose by 87% in the past 12 months, boosted by a recent $445 million rise in inner city developments. 70% of planned new apartments will be in the north and south of the city.

And the building boom in Brisbane shows no sign of slowing, with industry experts reporting continued strong demand for homes in the city. In the first six months of 2015 there have been 43 sales of major residential development sites valued at $556 million.

“Many of these projects will take several years to happen. But if developers think they are going to sell 600 apartments at $9000 per square metre they will have to take a reality check. There needs to be some common sense here,” says Andrew Roubicek of property firm Colliers International.