80,000 empty homes in Melbourne • Are you thinking Australia? | thinkingaustralia |

Get our help FREE advice or find service providers with our ozdirectory
Home > News > All News > Property > 80,000 empty homes in Melbourne 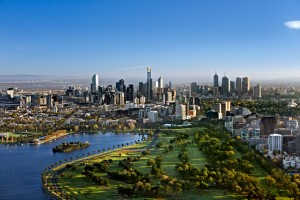 There could be up to 80,000 properties lying empty in Melbourne, according to a new report.

The shock claim is made in the latest Speculative Vacancy Report by lobby group Prosper Australia that says it has measured a 70% increase in the number of properties that it considers to be vacant and un-used.

And investors are blamed for leaving properties empty. The report claims that around 19% of all investment properties lay empty and that recent speculation has only magnified the problem.

“The incentives for property speculators to hold prime locations empty is an affront to anyone locked out of housing. The findings prove we do not have a housing supply crisis, we are literally locked out,” said Karl Fitzgerald, Prosper Australia’s project director.

The report concludes that with 4.8% of Melbourne’s houses showing under-utilisation, there is no housing supply crisis. Rather, rising prices suggest significant distortions created by government policies that support the private rental market.