$5.6bn for Northern Australia • Are you thinking Australia? | thinkingaustralia |

Get our help FREE advice or find service providers with our ozdirectory
Home > News > All News > Finance > $5.6bn for Northern Australia 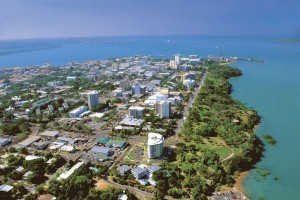 The $5.6bn re-development of Northern Australia will be boosted by a new ‘one-stop’ investment service to be based in Darwin.

“The development of Northern Australia is a core focus of the Australian Government. The new service will identify priority investment projects that will deliver immediate tangible benefits to residents, with the office set to focus primarily on major projects starting at $50 million and above,” said Warren Truss, Deputy Prime Minister and Minister for Infrastructure and Regional Development.

Establishment of a ‘single point of entry’ office will ensure potential investors get help and assistance with the approval process, a single source of information on areas such as environmental assessment, reduce the cost of investment and allow projects to commence construction sooner rather than later.

Investors already face major hurdles when they are seeking to deliver major projects, with an often disparate and disjointed process confusing investors and slowing project delivery. The new MPAA—NT office, to be based in Darwin will open in January 2016.