$315bn cash circulating in Australia • Are you thinking Australia? | thinkingaustralia | 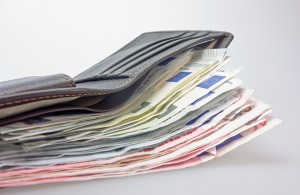 There is more than $315 billion in currency circulating in Australia, according to latest figures from the Reserve Bank of Australia.

And it’s not all been lost down the back of the sofa – there is $65 billion of hard cash in store tills and people’s wallets, along with a further $250 billion of cash deposits in banks.

There is an additional $1.8 trillion in term deposits, certificates of deposit and other deposits from building societies and credit unions into banks, a figure that is 45 times greater than three decades ago.

30 years ago housing accounted for 24% of credit in Australia. Today that figure has grown to 61%, with growth in housing credit and loans now outpacing the volume of lending to businesses.