24hr transport in Melbourne • Are you thinking Australia? | thinkingaustralia | 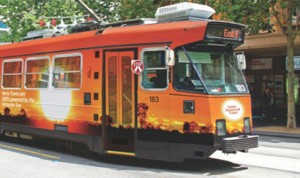 But not everyone is happy at the new all-night service. Residents in Melbourne’s north complained they were kept awake by train drivers sounding their horns during the overnight services.

Trains leave Flinders Street Station every hour.
Trams operate every 30 minutes on routes 19, 67, 75, 86, 96 and 109.
V/Line coaches depart from Southern Cross Station at 2:00am for Bendigo, Ballarat, Traralgon, and Geelong.