$21bn LNG boost for Darwin • Are you thinking Australia? | thinkingaustralia | 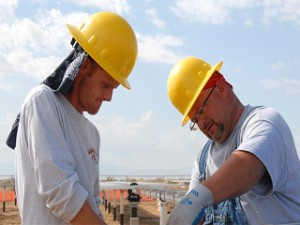 The future of gas production in Darwin looks to be secure with plans for a new $21 billion offshore gas development off northern Australia.

In a move that is good news for migrant workers with experience in the oil and gas industry, US company ConocoPhillips says it is planning to develop two gas fields – Caldita-Barossa in the Timor Sea and Poseidon in the Browse Basin – to ensure continuance of supplies when existing underground stocks in the Bayu-Undan field run out around 2022.

Darwin LNG, which produces about 3.7 million tonnes of Liquefied Natural Gas (LNG) each year, has been waiting to expand following government approval to increase capacity at the site to 10 million tonnes

Development of the Caldita-Barossa or Poseidon gas fields would be a major investment of up to $7bn plus a further $15bn for offshore facilities and a pipeline to move the gas to a point where it can be shipped to Darwin.