Top housing hotspots in Australia • Are you thinking Australia? | thinkingaustralia | 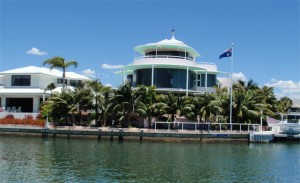 The fastest-growing market for residential construction in Australia is ACT – South West, with a population growth of 134% and $185 million of new homes approved.

Six of the Top 20 housing ‘hotspots’ are in Western Australia, followed by five in Victoria, four in New South Wales and three in the Australian Capital Territory, according to the Housing Industry Association’s latest Population and Residential Building Hotspots report.

Darrell Todd, CEO of thinkingaustralia, says: “In March the value of new dwelling units approved for construction rose by 2.8% to 19,333, the highest in 30 years. 2015 will be another strong year of new home building activity and this will maintain the demand for workers in the construction industry and the entire range of services that are needed to address a growing population”.

Here are the top Housing Hotspots in Australia

New South Wales
Although population growth has eased slightly, it remains at a healthy 1.5 per cent per annum and a significant undersupply of dwellings appears to indicate that residential construction activity will remain at elevated levels in New South Wales for some time.
Top hotspots:
Cobbitty – Leppington
Parklea – Kellyville Ridge
Homebush Bay – Silverwater
Waterloo – Beaconsfield

Western Australia
Although WA had the highest rate of population growth of any state in 2013/14, there is strong suspicion this will slow (and with it building activity) going forward as the mining boom fades.
Top hotspots:
Forrestdale – Harrisdale – Piara Waters
Yanchep
Baldivis
Perth City
Mandurah – North
Ellenbrook

Tasmania
Although building activity has picked up recently as home buyers rushed to take advantage of generous incentives, the weakest rate of population growth throughout the entire country promotes scepticism about how long it can last.
Top hotspots:
Latrobe
Port Sorell
Legana