Rise in Australia health spending • Are you thinking Australia? | thinkingaustralia | 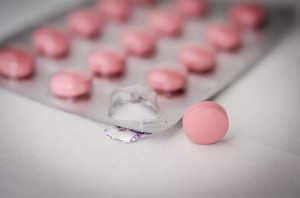 Spending on health products and services in Australia has increased.

And the number of prescriptions dispensed has increased by 6.3%, the highest rate of growth over the past decade, according to the Australian Institute of Health and Welfare.

According to latest available figures $58.8 billion was spent on Hospitals, $54.7 billion on Primary health care and $32.0 billion on other health goods and services in 2013-14.

Darrell Todd of thinkingaustralia says: “The continuing expansion of Australia’s health sector is positive news for trained and qualified individuals seeking to work or migrate to Australia.”

Un-referred medical services such as visits to a general practitioner accounted for the greatest share of Primary health care funding at 19.3%.
‘This was in contrast to earlier in the decade, when benefit-paid pharmaceuticals attracted the most spending in the primary health care sector,’ said AIHW spokesperson Dr Adrian Webster.

Spending on benefit-paid pharmaceuticals slowed over the last three years, despite a steady increase in the number of prescriptions dispensed. In 2013-14, the growth in benefit-paid pharmaceuticals expenditure was 1.0% in real terms, compared with a 6.3% growth in the number of prescriptions dispensed (the highest in the decade).