Rental costs across Australia • Are you thinking Australia? | thinkingaustralia | 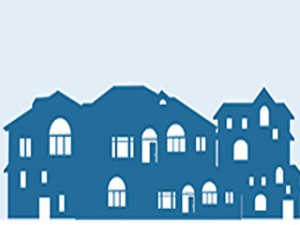 Only four state capitals in Australia saw an increase in house rents in the past 12 months.

Latest figures from Core Logic RP Data show capital gains ranged from +16.2% in Sydney to -2.9% in Perth while just four of the nation’s capitals posted rental price growth for houses in 2015, according to a report by Domain.

Sydney and Hobart
In both Sydney and Hobart, the median prices show those renting houses are now paying an extra $20 a week and those renting units are paying an extra $5 a week, compared with a year ago. This represented a rise of 6.5% to $330 for Hobart’s houses and 1.9% to $270 for its units. The same dollar figure growth took Sydney’s house rent up 3.9% over the year to $530 and its units up just 1% to $500.

Melbourne and Adelaide
Prices in Melbourne continued to increase but at a slightly slower rate. Those renting a house in the southern city are paying $10 a week more than they were a year ago with a median of $390, while unit prices have stayed the same at $370. An oversupply of new units in the Melbourne area will continue to constrain rental price growth in the coming years. In Adelaide, both renters in houses and units were recorded to be paying an extra $5 over the year following median price increases to $350 and $290 respectively.

Darwin and Perth
The only two capitals to have a fall in median prices were Darwin and Perth.
Rental rates in Perth have continued to decrease sharply over the June quarter. It’s reflective of the underperforming local market and there is no sign of when the market will flatten out. In the last 12 months, the median price to rent a house in Perth has dropped 6.5%, or $30, to $430, while in Darwin it has dropped 7.7% from $650 to $600. Unit prices have also fallen, with the median unit in Perth moving from $400 in June last year to $375 now. In Darwin, the decrease has been even steeper over twelve months, with the median price shifting down 9.1% from $550 to $500.

In Darwin, rental rates have continued to decrease sharply over the June quarter. Supply is ahead of demand, with the vacancy rates in Darwin the highest of all major Australian capitals.