Rent rise slowdown in Australia • Are you thinking Australia? | thinkingaustralia | 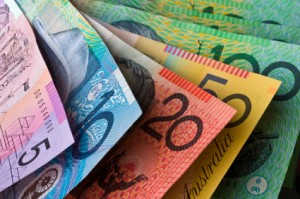 Weekly rents across capital cities in Australia have this year risen by the lowest annual amount on record.

Overall rents rose by just 0.3% over the 12 months to November 2015. Rents have fallen in Brisbane, Perth and Darwin, while the remaining capitals have seen rents rise by less than 1.5% over the year.

Sydney and Melbourne are the only major cities where rents rose by at least 2% during the year according to CoreLogic RP Data. Over the past three months rents have fallen in Brisbane, Adelaide, Perth and Darwin. Rents are unchanged in Hobart and have increased in Sydney, Melbourne and Canberra.

Over the past year, house rents have increased by 0.1%, while units have recorded a rise of 1.7%.

Darrell Todd of thinkingaustralia says: “These latest figures are good news for anyone seeking to rent a house or unit in one of Australia’s capital cities. Rent rises will continue to slow over coming months due to the increased supply of housing stock and, with a slowdown in migration, there will soon be an over-supply of properties that will lead to lower rental costs.”