Property prices across Australia • Are you thinking Australia? | thinkingaustralia |

Property prices in the Australian capital rose 2.8 per cent in the December quarter compared to the national average of 0.2 per cent. 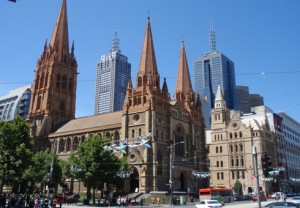 Property prices in Canberra surged ahead for most of 2015. Prices in the September and June quarters rose 1.3 per cent and 0.8 per cent respectively.

But the city is placed third behind Sydney and Melbourne for annual growth of property prices.

Over the whole year Canberra saw house price growth of six per cent compared to Sydney (13.9 per cent) and Melbourne (9.6 per cent).

Across the country as a whole, the average price of Australian residential property was $612,100 over the course of 2015.

The property market in Melbourne is slowing down with prices rising by just 1.6 per cent in December 2015.

Sydney recorded a fall in house prices for the first time in three years with property values dropping by 1.6 per cent in December 2015, according to the Australian Bureau of Statistics.

Sydney’s average weekly auction price is currently $1,169,500, according to APM.

For expert info on buying property in Australia, Click Here