Pokemon Go gets Brisbane going • Are you thinking Australia? | thinkingaustralia |

Pokemon Go, recently launched in Australia, has fast become a must-do community activity Down Under. 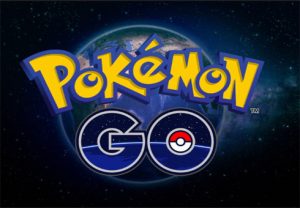 Pokemon Go fans turned out in Brisbane in their thousands to share in a communal walk to find and capture the engaging digital characters.

Around 4,000 people took to the streets for an event organised entirely via social media.

Many ‘Go’ fans turned up in fancy dress while hundreds more took part in order to raise money for city charities.

Aussie video blogging stars are now recording their ‘Go’ hunts and broadcasting the events on social media for others to enjoy.

“Playing smartphone games may not be everybody’s idea of fun but it certainly gets you outdoors enjoying a healthy lifestyle,” says Darrell Todd founder of thinkingaustralia.

The phenomenon is now going mega-viral Down Under as Australian YouTube star Elly Awesome has started broadcasting Pokemon Go events to her more than 250,000 followers.

The new interactive smartphone game uses GPS technology to put Pokemon characters in real-life locations where players have to walk to in order to catch them.

The game is a development of the original Pokemon launched over ten years ago and the new Pokemon Go has taken the world by storm following its launch earlier in July.

The Brisbane ‘Go’ hunt involved a 6km walk from the Botanic Gardens with Pokemon fans walking in a single group with their heads down and eyes glued to their phones.

The race was on to shout out the name of each Pokemon characters they found as they travelled across Goodwill Bridge to the South Bank Parklands, on to the Roma Street Parklands and ended at Anzac Square.