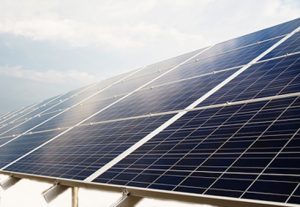 Australian solar energy, an almost non-existent industry six years ago, is now one of the fast-growing sectors Down Under.

Latest industry data shows that 64MW of rooftop solar energy capacity was installed on properties in June, taking the Australian total to 4.964GW.

“While Britain has been experiencing record sunshine temperatures, Australia has achieved a record level of power from the sun’s energy,” says Darrell Todd founder of thinkingaustralia.

“Australia is increasingly moving towards carbon-free living and soon almost all houses will have solar panels. One thing we’re not short of Down Under is sunshine!”

The Australian solar energy market is growing at around 700MW-800MW a year and this will increase as more households adopt new battery storage technologies.

Rising prices of gas-generated electricity have driven increasing use of solar panels with excess power stored in batteries for later use.

Over 1.5 million Aussie households and businesses have spent more than $8 billion installing rooftop solar with around $1 billion a year now being saved on electricity bills.

Growth of rooftop solar PV in Australia is forecast to rise to 38GW by 2040 though some industry experts believe total capacity will rise to around 52GW in the same period.