Planet joy for Sydney scientist • Are you thinking Australia? | thinkingaustralia | 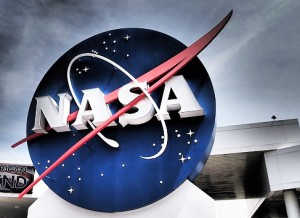 A scientist from Sydney is part of a team that has discovered an earth-like planet 1,400 light-years from our own planet.

Dr Daniel Huber from the University of Sydney’s School of Physics is part of the team which made the discovery with NASA’s Kepler Space Telescope.
The planet, named Kepler-452b, is 60% larger than Earth and orbits a Sun-like star with an orbital period of 385 days.

The newly discovered planet is located about 1,400 light-years from Earth in the constellation Cygnus and it is the closest analogue to Earth ever discovered. It also places the planet within the habitable zone – the distance from a star where liquid water can pool on the surface of an orbiting planet.

“Finding a planet with an orbital period similar to Earth is very exciting,” said Dr Huber. “Earth-sized planets are common, but most planets found in habitable zones are orbiting stars which are cooler than the Sun. Kepler-452b is in many ways the closest analogue to an Earth-like planet that we know of to date.”