New cruise ship for Brisbane • Are you thinking Australia? | thinkingaustralia | 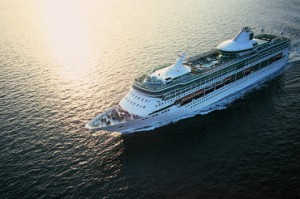 The launch of a new cruise ship in Brisbane is set to add more than $60 million to the economy of Australia.

Cruise operator Royal Caribbean International is to begin a new service with its latest vessel, Legends of the Seas that will operate out of Brisbane and also call at Cairns and Airlie Beach during its five cruise stop-overs.

The 70,000 ton vessel is one of the largest cruise ships to dock at the Brisbane Cruise Terminal at Hamilton. Starting in December, the 2000-berth ship will undertake 15 cruises over five months to destinations in Australia, New Zealand and the South Pacific.

The new ship is expected to bring over $24 million into the Queensland economy over the next 12 months, including more than $20.6 million to Brisbane during 17 turnarounds, $15.5 million to Cairns and $1.5million to Airlie Beach during its five cruising calls.