Moving to Australia: Fury over 32% backpacker tax • Are you thinking Australia? | thinkingaustralia |

Get our help FREE advice or find service providers with our ozdirectory
Home > News > All News > Jobs > Moving to Australia: Fury over 32% backpacker tax

Moving to Australia: working holidaymakers could have to pay tax at 32% of their earnings starting in 2017. 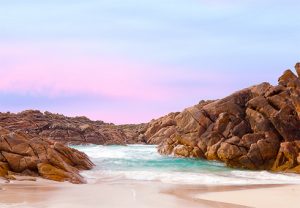 Moving to Australia: A government move to cut the proposed ‘backpacker’ tax from 32.5% to 10.5% was rejected by the Australian parliament this week.

Now, unless Aussie politicians change their minds, it looks like working holidaymakers will be forced to pay 32.5% tax on their earnings Down Under.

Australian farmers and growers are furious after the compromise 10.5% tax rate was put forward by the government, stung by criticism over their original plans to raise the tax rate to 32.5%.

Farmers rely on working holidaymakers – backpackers – who make up around 10% of workers required during harvest seasons.

But the number of backpackers applying for a working holiday visa has plummeted since the government announced the new 32.5% tax rate.

“Supply volumes to the Central Markets will certainly be cut with hundreds of thousands of dollars’ worth of fresh produce left in the paddock if the labour is not there to pick and pack it.

“Growers across Australia who rely on overseas labour are in the same situation. It affects the whole supply chain and will ultimately affect consumers in the prices they pay for their food.”

“We call on both houses of Parliament to put aside their political differences and swiftly come up with a solution that is fair and ensures Australia remains globally competitive in attracting crucial seasonal workers.”

The new rate of 10.5% voted on in the Senate must now go back to the House of Representatives and it seems unlikely the Coalition will back it.
If an agreement is not reached the tax will revert to 32.5pc from January 2017.