Moving to Australia: digital radio for Canberra • Are you thinking Australia? | thinkingaustralia |

Get our help FREE advice or find service providers with our ozdirectory
Home > News > All News > Entertainment > Moving to Australia: digital radio for Canberra

Moving to Australia where national broadcaster ABC will soon begin digital broadcasts in the three cities. 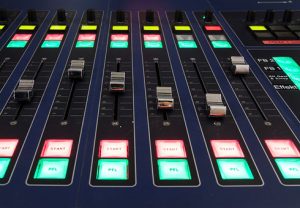 “We’ve been aware for some time that local listeners in regional areas are extremely keen to have DAB+ services introduced.

“We are working closely with the public broadcasters to make this happen,” said Joan Warner, CEO of Commercial Radio Australia.

Digital radio was launched in Sydney, Melbourne, Brisbane, Adelaide and Perth in 2009.

The technology offers better sound than AM/FM analogue services and additional features such as extra stations, images and live text.

Commercial broadcasters Capital Radio and Canberra FM have been running trial digital radio services in Canberra for some years.

“DAB+ is greener and more spectrum efficient than analogue radio and is particularly well-suited to Australians living in regional areas because it allows broadcasters to use their allocated capacity dynamically,” Ms Warner said.

“This means, for example, broadcasters can launch pop-up stations to provide 24×7 emergency services bulletins in times of fire or flood.”

Ms Warner said commercial broadcasters were working with public broadcasters on coordinating launch dates, with permanent digital radio services in Canberra and Darwin expected to start in 2017 and Hobart in 2018.

“The radio industry is committed to a digital broadcast future via DAB+ combined with and complemented by online. This is especially important in terms of spectrum efficiency and operational costs.” Ms Warner said.

”We will also continue to discuss financial support with the Federal Government for DAB+ rollout into regions as was provided to the television industry for its digital switchover.

3.6 million Australians, or 27% of the population in the five capital cities, listen to digital radio via DAB+ devices each week.

There are 2.9 million DAB+ digital radio receivers in use including 758,000 DAB+ equipped new cars now on the road. The commercial radio industry has launched a new on-air marketing campaign to promote digital radio.