Emigrate to Australia to see Little Mix perform in at arenas and theatres across the country. 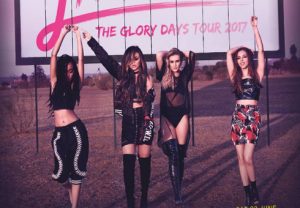 Emigrate to Australia to experience the British chart-topping group perform a string of their chart hits in addition to their latest record-breaking album.

Since 2011 Perrie Edwards, Jesy Nelson, Leigh-Anne Pinnock and Jade Thirlwall have established themselves as one of British pop’s brightest acts.

Their new chart-topping album ‘Glory Days’, including the single ‘Shout Out To My Ex’, confirms their popular status as the group went straight to the top of the UK Official Album Chart with their fourth album.

Glory Days sold over 100,000 copies in its first week of release in the UK alone, giving the band their first UK No.1 album following three previous Top Five albums.

It has also given the group their highest ever seven-day album sales.

Little Mix – who first rose to fame when they won The X Factor UK in 2011 – said: “It has always been our ultimate dream to have a No.1 album and we can’t believe we’ve finally done it.

“Thank you to everyone that has made this possible and to all the fans that bought it. These really are our glory days!”