Get our help FREE advice or find service providers with our ozdirectory
Home > News > All News > Melbourne > Migrate to Australia: Melbourne public WiFi

Migrate to Australia where free Wi-Fi is being rolled out across Melbourne's city centre including City Loop train stations. 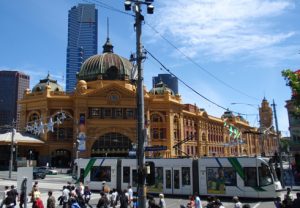 Migrate to Australia where hot spots across Melbourne will include Bourke Street Mall, Queen Victoria Market and South Wharf Promenade at the Melbourne Convention and Exhibition Centre.

More wireless access points will be switched on in coming months.

Users will not need personal logins and the network will not include pop-up advertising.

Each user will be able to access a daily maximum of 250 megabytes per device.

The state government launched the Wi-Fi network following 12 months of trials in Bendigo and Ballarat.

Innovation Minister Philip Dalidakis said the project would give visitors to the CBD access to the fastest free Wi-Fi in the country.

The state government reported a million sessions had been recorded in the Wi-Fi pilot at Ballarat and Bendigo.

The first stage of the project are wireless access points at train stations within the central business district as well as at the Bourke Street Mall, Queen Victoria Market and South Wharf Promenade. These are all live, including access points at the Melbourne Convention and Exhibition Centre.

Once complete, the Wi-Fi project is expected to cover 600,000 square metres across Melbourne, Ballarat and Bendigo. The government said it would be the largest free Wi-Fi network in Australia.

Perth and Canberra are also working to develop public wifi networks. Perth is aiming to add free public WiFi to buses, trains and ferries while Canberra plans to roll out 700 access points in support of a public wireless project.

In Melbourne, TPG will be responsible for making sure that Australian Communications and Media Authority standards are met and that banned websites are filtered.