LNG industry in Queensland • Are you thinking Australia? | thinkingaustralia | 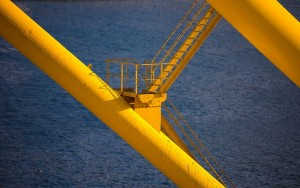 A new liquefied natural gas operation has begun in Queensland, Australia and the first shipment of LNG has just been exported.

Total’s new Gladstone LNG plant at Curtis Island will produce 7.2 million tons of LNG per year once at full capacity. All production from the plant will be sold to Asian buyers in South Korea and Malaysia.

The first shipment of liquefied natural gas (LNG) from the Gladstone LNG project has been loaded and is now on its way to South Korea.

“Gladstone LNG is a major milestone for our activity in Australia, marking the beginning of the Group’s LNG production in the country. We are continuing to develop LNG assets in Australia with the Ichthys project which is expected to start up in 2017,” the company says.

The project includes a number of onshore coal bed methane fields in the Surat and Bowen basins, a 420 kilometer gas transmission pipeline and a liquefaction plant on Curtis Island, near Gladstone.

Total has been operating in Australia since 2005. The company owns a 27.5% stake in the Gladstone LNG project and a 30% stake in the INPEX-operated Ichthys LNG project currently under construction in the Northern Territory. Offshore, Total has interests in seven exploration licences in the Browse, Bonaparte and Carnarvon Basins, four of which it operates. Onshore, Total has non-operated interests in four shale gas permits in the South Georgina Basin located in central Australia.