Lifestyle is ‘best thing’ about Australia • Are you thinking Australia? | thinkingaustralia |

Lifestyle is ‘best thing’ about Australia 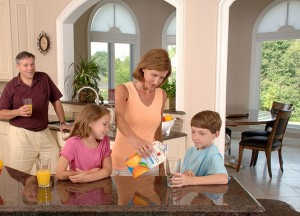 There’s no such thing as a perfect world but the majority of new migrants to Australia say they like living Down Under.

Asked about their new lives in Australia, the majority of migrants said they liked living in the country. Asked why, 24% of migrants nominated the Australian lifestyle as their first choice, 18% said the standard and cost of living here; 12% said human rights and freedoms and 9% liked the weather.

Asked what else they liked about Australia, migrants nominated having caring, friendly and hospitable neighbours as their first choice.

Migrants who arrived in Australia between 2000 and 2010 said that cost of living and tax rates were things they least liked about living down under, according to the Mapping Social Cohesion report by the Scanlon Foundation.