Hunger Games top in Australia • Are you thinking Australia? | thinkingaustralia | 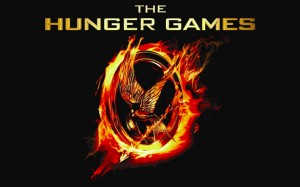 The new Hunger Games movie has toppled the new James Bond movie to take the No 1 spot in Australia.

The Hunger Games: Mockingjay Part 2 generated $9.8 million at the cinemas in Australia at the weekend, while James Bond’s new movie Spectre took $5.484 million in its’ second week of release.

The Dressmaker, starring Kate Winslet, is third most popular film while Secret in Their Eyes, starring Nicole Kidman and Julia Roberts, is in fourth place. Matt Damon’s latest film The Martian has dropped from third to fifth.

Tom Hanks’ new movie Bridge of Spies is in sixth place while Taiwanese romantic comedy Our Times is at number seven.