High-rise boom in Brisbane • Are you thinking Australia? | thinkingaustralia | 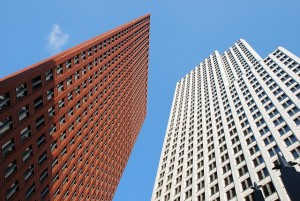 Brisbane is following in the footsteps of Melbourne and Sydney and seeing huge growth in high-rise apartments.

More than 13,500 high rise apartments are forecast to be sold in Brisbane over the next three years. The area of Newstead will see the highest growth in high-rise apartments, followed by Fortitude Valley and South Brisbane.

In the past three years, the majority of new high-rise construction has been in South Brisbane, Fortitude Valley and Brisbane CBD where 8,600 apartments were built and sold, according to Place Advisory’s new quarterly report.

Only 4% of the next three years’ apartment supply in Brisbane is forecast to be three-bedroom properties, highlighting the current and predicted growth in demand for one and two bedroom apartments.

Growth will be due, in part, to an increasing population – and the fact that average apartment prices in Brisbane are currently 57% cheaper than similar properties in Sydney.